Cancer is one of the major diseases that is claiming lives in many countries, and is growing at an alarming rate. There are different types of cancer and one among them is breast cancer. It affects both men and women, and has been around for many generations. So what actually is breast cancer and how to diagnose it?

It is described as a cancer that starts in the tissue of the breast. There are two major types of breast cancer:

Ductal Carcinoma: This begins in the ducts that transport milk from the breast to the nipple. Most of the breast cancers are of this type.

Lobular Carcinoma: This type of cancer begins in various milk producing parts of the breast, known as lobules.

A lot of cancers of the breast are sensitive to the hormone known as estrogen, which causes the cancerous tumor to grow and such a cancer is referred to as ER positive cancer. 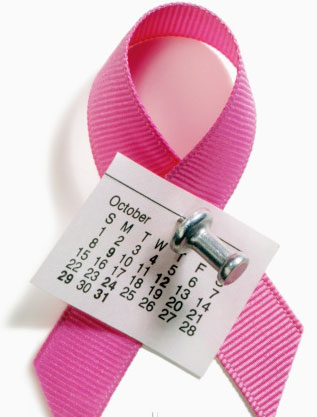 There are various symptoms that can be noticed though early breast cancer does not show any symptoms. Self examination is recommended at least once a month in order to look for the symptoms. Most common symptoms of breast cancer include the following:

If the cancer has reached an advanced stage, then the following symptoms may be observed:

If you see any of these symptoms, it is highly recommended that you see a doctor and get examined.