The process of building body muscles is naturally incorporated in the body system especially when we do strenuous activities. But like any other system, the strenuous jobs we get involved in may fail to stimulate the process of muscle building in the body. Because of the importance of the developed muscle system, the question of how to build the body muscles becomes a matter of concern.

In the earlier days, there lacked a reliable literature on how to build the body muscles and many thought that this is an overnight business. Whereas the reality is just opposite; building body muscles is a process that takes time and calls for patience and sacrifice. It even involves psychologically and biologically stimulating the muscle hormones to motivate them to grow. 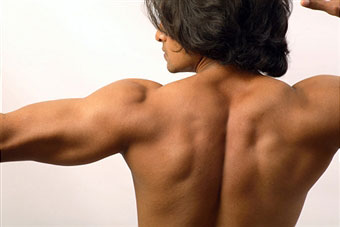 The muscles at the very beginning need to be stimulated through an exercise technically referred to as ‘stimulus.’ All the muscles here are exposed to vigorous exercises making them tear the muscle off those tissues it does not require which particularly inhibit the muscles from growing. With a correct diet schedule, the muscles will rebuild very fast and grow bigger. The traumatized cells play an important role in causing a motion that starts the repair process as they join together and bind the muscle fibres. The joining together of the traumatized cells, which are referred to as satellite cells, ensures that the surface area is increased and new muscle protein strands are formed.

Diet and rest are necessary

Building body muscles requires the right diet. For it to be effective, it calls for the nourishment of the body. Note here that the muscles do not grow during the training; it is during times of relaxation and refreshment accompanied by a good rest that they grow to the level we dream of. Nutrients that promote muscle growth are highly advocated. A good rest gives a moment of relaxation to the built body muscles which had undergone trauma, so that they can now incorporate the physiological changes and adaptation of the new acquired status.

Apart from exercise, rest and nourishing diet, hormones also play an important role in building body muscles. It is these hormones that stimulate the satellite cells and regulate them. The hormones also help in triggering the regeneration of the muscle tissues.

Muscle building process is a two way traffic system; if not done the right way, it can also lead to several health problems and complications. So, it is always advisable to consult an expert and adhere to his advice.