Diarrhea is the abnormal continuation of bowel movement of stools, which are often loosened. The way diarrhea occurs may vary from one person to another, and this problem is common to children under the age of 7 years. Diarrhea can cause someone to get dehydrated, and it is advisable to look for medication as soon as possible. It should be noted that diarrhea could be a symptom of some other disease, and may be caused by several factors. Most of the cases of acute diarrhea are driven by infections, bacteria, parasites, viruses, etc.

This is majorly the viral infection in the stomach of a human body. The virus affects the parts of small intestine or the whole intestine. The major sign of diarrhea caused by this includes the feeling of nausea, abdominal pains and complications, among others. 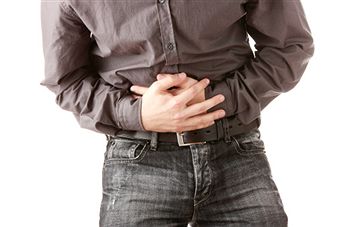 This is also a common cause of diarrhea globally. In this case, an individual may eat toxic food that causes stomach problems, and in turn, triggers diarrhea. The symptoms of toxic food are often seen within 24 hours. However, it may take longer for any sign to show up especially when the poison is formed in the intestine of the human being.

The bacteria may also invade the lining of the small intestine and large intestine leading to enterpcolitis. Moreover, when people travel to different places, there is increased likelihood of getting contaminated food and other bacterial infections.

Symptoms of diarrhea caused by these bacteria include blood in the stool, stomach pain, and sometimes fever. This kind of bacteria is often found in contaminated water, poutry and other foods. It is often treated by antibiotics.

Although this is another cause of diarrhea in human being, it is more common in Africa and third world countries. The parasitic nature is driven by bacteria cryptosporidium, which easily spreads through water.

It is believed that many drugs, if not all of them, can easily cause diarrhea as side effect. For example, antacids and antibiotics often result in diarrhea.