Vitamin D is sometimes called the “Sunshine Vitamin” since the principal source of Vitamin D is sun exposure and because it is found naturally in very few foods. Sufficient levels of Vitamin D are essential for proper functioning of the body, particularly for healthy bone development and calcium absorption.

So how do you know that your body is deficient in Vitamin D and what remedial action is recommended? Let’s have a look.

A deficiency of this vitamin in childhood can cause rickets. Among older individuals, it may result in a condition called osteomalacia or osteoporosis. There are also other body processes such as inflammation, neuromuscular functioning and the functioning of certain genes that depends upon Vitamin D. Soft and deformed bones or bones that are brittle and prone to breaking are the main symptoms of Vitamin D deficiency. 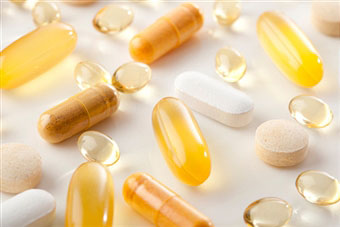 How to Treat the Deficiency

There is a peculiar problem relating to Vitamin D in that it is not found easily in food sources. Foods such as certain fish, liver, beef and eggs are some of the few foods that are natural sources of this vitamin.

To get adequate amounts of this vitamin for proper functioning, there has to be a certain amount of sun exposure or one has to obtain it from foods that are fortified with Vitamin D.

In colder places there is the obvious problem of getting proper or adequate sun exposure when the sun is not strong enough to help the body make enough of the sunshine vitamin. And there are several dangers associated with sun exposure as well – premature aging and skin cancer risk are just two of those. So, excessive exposure to the sun is not prudent either.

Though food items such as milk and milk products, certain juices, margarine, some cereals, and so on are routinely fortified with Vitamin D, this may not be adequate. There may also in inadequate levels of Vitamin D among persons who may not be able to eat the foods that have been so fortified due to person beliefs or health restrictions. So vitamin D deficiency is important to try and detect and then treat, before it leads to irreversible problems.